There's only so much you can bare when you realise your heart and head aren't in it anymore, this was very much my last couple of years on the project up to 2017. I basically just did days here and there throughout 2016 and part way through 2017 when i finally had had enough and through the towel in.

As in life it was no one big thing but many smaller things that coalesced in me an extreme melancholia accentuated by several projects i followed on the web all chucking it in for much the same reason i was. No money, no time & therefore no chance of finishing - a complete despair if you like of being in my early forties and flat broke with this fucking boat still in my back garden. But i still got things done in between the darkness.

The last time i did anything of merit was four years ago to the day of writing this but tomorrows another day and i'm making my way back be it slowly........ 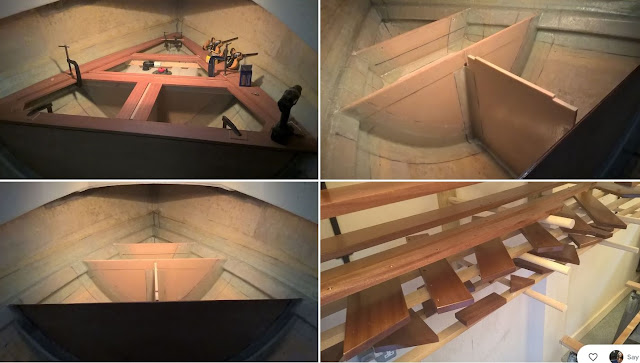